Pi does have the tendency to exaggerate, to the one millionth digit.
Posted by Anonymous at 12:04 PM No comments:

Mathnasium: Where kids go to work out their brains 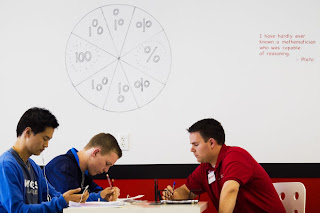 Perry Lalliss, Mathnasium director and owner, is out to change the misplaced perception that there is a "can" and "can't."

"We want people to really understand math," he said. "We really are here for number mastery rather than for memorization."

His mathematics learning center franchise is located in Lindon at 135 S. State St. with tables and tutors ready and waiting for members who need help. Students at Mathnasium range from second graders to seniors in high school.


Lalliss compares learning math to the sport of basketball. A young child will first learn the fundamentals of basketball -- dribbling, shooting, passing.

"Let's say they never really master those and they move on. Well, the other team members master those and they go on to the next level. Eventually if you keep being on a team with all those kids they are not even working on fundamentals anymore, they are working on the plays and things. And if you don't have the fundamentals to do it, you are not even going to be able to play with those people. It's the same thing with math," Lalliss said.

There is a three-prong approach each Mathnasium uses: giving an assessment or evaluation, helping critical thinking and helping in the here and now with student homework, a big part of validation.

"We want to get them caught up if they are behind and keep them on task," Lalliss said.

Parents usually enroll their children for six to 12 months visiting the learning center two to three times per week. According to Lallis, with math illiteracy at an all-time high and college and technical careers becoming increasingly competitive, parents want to give their children an advantage and Mathnasium is the tool they use to meet that goal.


"We make math make sense" is the math education center's motto. One of the fastest growing franchises and ranked in the top 500 by Entrepreneur's Magazine for seven consecutive years, Mathnasium is established on every continent but Australia and Africa.

The Mathnasium in Lindon is the second center in Utah County, Lalliss said. The first was Highland. His choice to open the center where it is was made by practical deduction. He has done his math.

"Most Mathnasiums are about half this size, some are a little bit bigger than this, some are even smaller, but yes, I figured this area would support a lot more students and based on some other Mathnasiums that I know fill them up and then you can only put so many students in a smaller space so I figured if I started big I wouldn't have to worry about expanding later on," Lalliss said.

So far his idea is catching on. Taylor Yoo is a high school student wants to do better in high school math. His mother signed him up to Mathnasium.

"Ever since freshman year I have been getting Bs and I want to do better," Yoo said. "I want to go on to college, major in biology, get into pre-med."

He wants to be a dentist.

"My problems are some of the most basic stuff, I guess. They start with really easy stuff and then move on to like more advanced math curriculum. They find stuff that I didn't even know. They find it and just you know, good for you I guess," Yoo said.

He laughed and said he is not bored with the sessions and has seen a difference in his perception of math concepts. He plans to attend Mathnasium until he gets an A in math.

Mathnasium tutors are there to help. 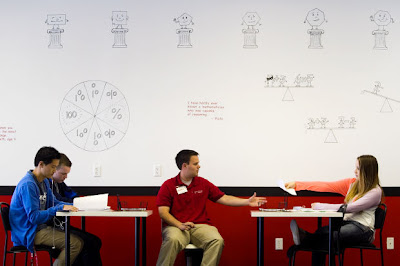 "I like to teach math. When I got out of college that is what I did," Lalliss said.

The education method he uses is the Mathnasium combination of mental, verbal, visual, tactile and written techniques to help children learn math.

"One thing I've noticed that is very common is one thing that I did when I was younger, is what I call 'cookbooking,'" Lalliss said. "I eventually figured it out but the problem is a lot of students never figure it out. They eventually get to a point where they never figured out these other concepts, they need them now, they don't have them."

He said cookbookers don't really understand the concept and they use the math formulas or procedure like a cook uses recipes.

"Cookbookers see the example in the workbook, they don't really understand, they just do their best to follow it. And so it's very hard for a teacher to pick those students out because what they see is that homework is coming in and it looks fine.

"Sometimes they do fairly good on a test even but it's short term memory so when they lose that recipe because they didn't understand the concept they won't be able to solve the next one. It keeps building on itself until everything comes to a head and suddenly there are teachers, parents, math craziness, and the student is upset. They don't know what is going on," Lalliss said.

- Cathy Allred from the Daily Herald.

Posted by Mathnasium Franchise at 3:38 PM No comments:

Being green is more than a trend.  Keep your student educated and aware of the environment around them by celebrating Earth Day on Monday, April 22nd.  This paper craft is a simple print-out with no tape or glue needed! 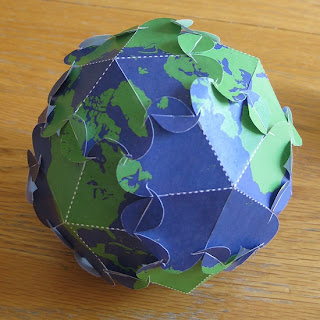 Posted by Mathnasium Franchise at 4:01 PM No comments:

The reviews are in - Math speaks volumes!

Everyday we strive to reach students through the Mathnasium Method from our very own Larry Martinek.  When our students excitedly show us their great grade, add their test to the Brag Board, or even get an answer correct during practice, it makes the process that much more rewarding.

Posted by Mathnasium Franchise at 1:26 PM No comments:

When life gives you lemons...learn Math!

With Spring underway and Summer around the corner, we're already planning ways to keep your student sharp throughout the school break.  Encourage your students to utilize skills they mastered during the Summer months.  Set up a lemonade stand with reasonable prices, provide change for larger bills and let them do the math. 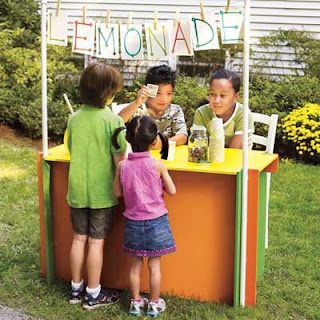 Posted by Mathnasium Franchise at 9:36 AM No comments:

Mondays are inevitable, let us help you forget it's Monday with our Pinterest page! For a little while at least... 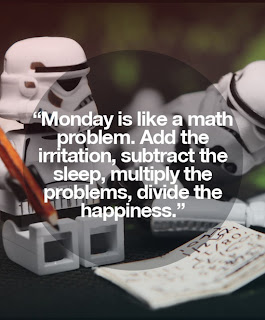 Posted by Mathnasium Franchise at 9:32 AM No comments:

Hear from the creator of the Mathnasium Method, Larry Martinek.

Every day, students around the world attend Mathnasium learning centers to boost their math skills. We are highly specialized; we teach only math. Members usually attend two or three times a week for about an hour. Our goal is to significantly increase your child's math skills, understanding of math concepts, and overall school performance, while building confidence and forging a positive attitude toward the subject. For more information, visit: http://www.mathnasium.com